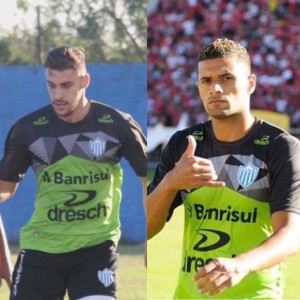 Our athletes, Bruno Henrique (Striker) and Leo Carioca (Defender),
will play Brazil Championship for Novo Hamburgo.
They are very good players that always have done a great job
in every club that they play.
Bruno is a great striker, he was playing very well in Uberaba and now
he is ready and very focused to do another great championship and to help
Novo Hamburgo to win the title and reach the acess.
Leo is an excellent defender, he was already playing in Novo Hamburgo,
he played the Gauchao 2017,championship that they had won and made history in the club.

“This will be a great opportunity for the players to show their football and
Novo Hamburgo is the perfect club for this, they have won Gauchao and either the players
and the club are very motivated to win Brazil Championship, going strong and focused for this.”
says Valdir Sousa, President of Etminan Brazil