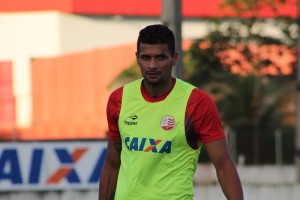 Our defender Leo Carioca has signed a contract with Nautico,
a big and very traditional club of Brazil.
After started this year in Novo Hamburgo playing a great football and
being champion of Gauchao 2017,now, Leo will play the Brazilian Championship for
Nautico.
He wants to do a great work again like he did in Novo Hamburgo
and play his best to help Nautico reaching their goals.

“Leo is a great defender and every club that he played, he showed this
and in Nautico can’t be diferent.
He is very focused to do a great Brazilian Championship, helping Nautico
every game, giving his best.”
says Valdir Sousa, President of Etminan Brazil